Deep dive Listen up: the state of voice search in 2020 and beyond

No matter how advanced computers and software get, our voices will always be the best communication tool we have. After all, we're born with the innate ability to communicate and, for most of us, talking fast becomes as easy as thinking.

It's no wonder then that the race to develop computers and AI systems capable of interpreting our voices has dominated the focus of large tech companies over the last decade.

But the endeavor to build machines that can listen as well as we can has been going on for far longer than that.

Believe it or not, the first computer able to recognize speech was developed back in 1952 by Bell Laboratories. Adorably nicknamed AUDREY, the machine was breakthrough – even if it could only interpret single digit numbers spoken by one individual! 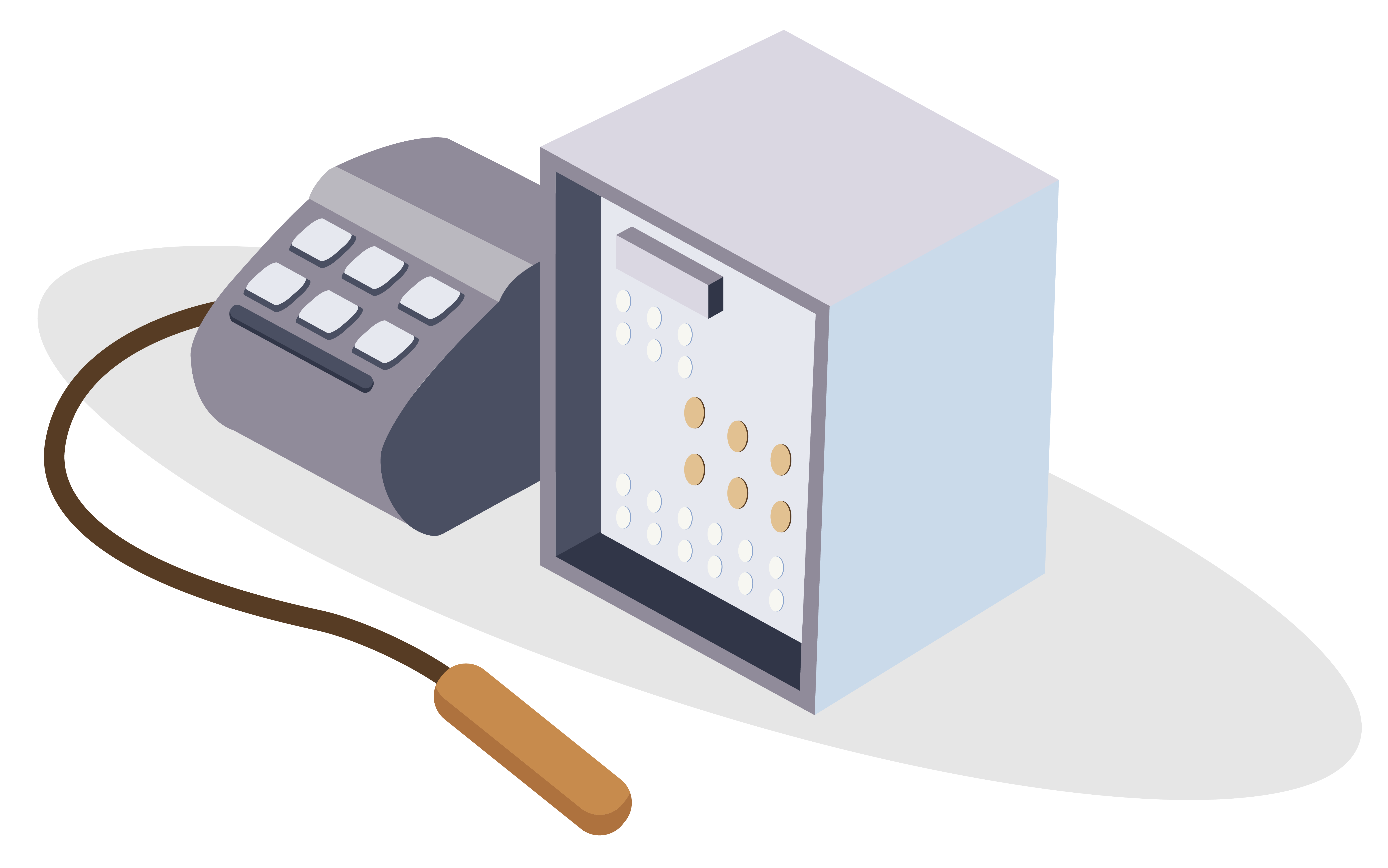 Voice recognition technology as we know it only really started to gain traction amongst consumers 60 years later with the release of Siri on the iPhone 4s.

Though basic by today's standards, the press and public alike were bowled over by Siri's ability to answer basic questions, perform small tasks, and respond in a natural, conversational manner. For the first time, people felt comfortable talking to an AI.

Naturally, the competition wasn't going to stand still and let Apple take all the glory. Google entered the fray in 2012, releasing Google Now for their Android operating system. Microsoft and Amazon jumped on the bandwagon soon after, unveiling Cortana and Alexa in 2013 and 2014 respectively.

In just a matter of years, voice recognition technology has moved far beyond the smartphone. It's now a standard feature of smartwatches, laptops, games consoles, smart speakers, and more. People aren't just using it to search the web either. They're controlling smart home devices, sending texts and emails, and even making purchases – all with just their voices.

Now that a quarter of U.S. consumers have access to a smart speaker, it's clear that voice-activated technology is here to stay.

The technology and science behind voice search is remarkable.

Think about it: it's taken millions of years of evolution for our ears and brains to become good at interpreting language, yet computers have been designed to do the same thing in just a few decades.

How does it all work?

To start, the browser collects voice audio from the user via a microphone. This analogue audio file is then converted to digital and sent to a voice recognition software. Here, the file is broken down into phonemes – the smallest building blocks of language – and compared with the software's database of language.

The program then predicts what words are being said, converts them back to text, performs the necessary search, and relays the results back to the user.

When using the best voice search solutions, all of this happens in the blink of an eye – often before the user has even finished talking.

There's a lot more sciencey stuff going on behind the scenes when you perform a voice search, but that's the nuts and bolts of it!

Buying things with just your voice is an entirely new way to shop, and it's rapidly growing in popularity. Shopping is the third most popular use of smart speakers (after playing music and gathering information). Almost a quarter of voice assistant users say they've made a purchase using the gadget and Amazon reports that Alexa use for shopping tripled during the 2018 Christmas period in comparison to 2017.

There are two key factors contributing to this surge in usage:

It's clear to see how voice shopping makes the journey easier for your customers. In fact, well over half (66%) of smart speaker owners prefer it to visiting a physical store. But how can providing voice functionality on your e-commerce site benefit your business?

While making purchases with your voice is so seamless that it could deter more cautious consumers, it's easy to see how the trend of voice shopping will continue to grow in popularity – especially with younger generations, who are adopting voice technology at a faster rate than their older counterparts.

Voice search has huge potential as a marketing tool, though the rules of the game differ greatly from traditional online campaigns.

To start with, neither of the big branded voice assistants (Google Home/Amazon Alexa) allow for paid advertising on their platform. This is for good reason: advertising would dissuade people from adopting the technology and erode the fragile trust these companies have worked so hard to construct.

One way around this is to instead focus your voice-led marketing efforts on brand-building.

It's easy to create Alexa Skills and Google 'Actions' to engage with audiences in new and interesting ways.

One drawback of taking this route is that it requires a lot of hard work. Creating an Alexa Skill or Google Action is fairly straightforward, but the challenge lies in making it reliable and functional enough for people to want to use time and time again.

There's also no playbook on voice app best practice due to the technology's infancy, making designing one and measuring its success a fair amount of guesswork.

Skills and Actions may not have the same sales-charging clout as direct online advertising, but, like social media channels, they're an excellent way of building brand personality, recognition, and trust.

The other marketing angle to take with voice search technology is to play the ol' SEO game. Unlike searching for answers on a device with a screen, voice search devices only provide users with the top search result as opposed to a list of several. This means that it's never been more important to SEO-optimize your content to boost it to the SERP's top spot.

Voice search for marketing is clearly still finding its feet, but ­­– as with all new endeavors – there are plenty of rewards to be reaped by businesses willing to dip their toe in the water. Follow these tips to give your voice marketing efforts the best chance of success:

Focus on getting your brand heard

The first goal of voice search for marketing is to use the technology to build awareness.

This could be achieved by creating a fun game, a Buzzfeed style quiz that tells you what type of wine you'd most enjoy, or a chatbot that suggests playlists based on your mood – the options are practically limitless, so have fun, be creative, and drum up interest in your brand!

It's crucial from a usability and an SEO perspective to keep your voice search results and applications sounding conversational, straightforward, and generally helpful.

Answering direct questions succinctly in your content is also key, with a large majority of voice search queries being explicit questions.

Use a custom search engine that offers voice capabilities

As more and more e-commerce and content websites offer voice search, users will come to expect this functionality as standard.

Don't allow your website to be left behind. Investing in a site search solution that is capable of offering voice search will futureproof your website against the voice-first revolution.

Why not take Site Search 360's voice search for a spin yourself?

As with any new piece of tech on the block, there are several teething problems companies must overcome if they want voice search to penetrate the mass-market.

Have you ever mentioned to a friend, in person, that you're thinking about booking holiday only to find your Facebook feed full of travel adverts?

Facebook has stated countless times that they '100% do not listen to our conversations ', but can they really be trusted when they've been caught up in so many privacy scandals?

Nobody wants to be spied on and in a world where Google, Facebook, and Apple already know more about us than we do, allowing tech companies to listen in on our conversations is a bridge too far for many consumers. 79% of people are concerned about the privacy implications of using voice search devices. And new generations are becoming increasingly aware of these issues, with the youngest voice searchers (13-21) being 515% more likely than the oldest (65 or older) to feel very concerned about voice search and privacy.

If voice search is going to become more prevalent, tech companies must do more to quell consumers' concerns and become more transparent about how our voice data is being used, processed, and stored. Google has already made a good start, allowing users to delete any voice clips captured, but more still needs to be done to build trust with consumers.

Voice is still finding its feet on desktop

Although both Windows PCs and Apple Macs both feature Cortana and Siri respectively, web browsers themselves still mostly lack voice search functionality. Google Chrome is, so far, the only web browser with voice search built-in.

Until voice search is available on every device and every browser, the tool will struggle to become a ubiquitous means of searching the web.

While voice recognition has become pretty decent at understanding American and British English accents, most solutions still fall far short of the mark when it comes to recognizing other languages and regional accents. This is not only an annoyance: there's a fear that certain languages, like Icelandic, could be facing digital extinction thanks to the English language's domination of the internet.

A major hurdle still hindering voice search's rise to prominence is simply the fact that it still occasionally struggles to hear what users ask for.

Why go through the effort of talking to your search box if it only works three-quarters of the time?

Here are some of our favorite examples of voice searches gone wrong: 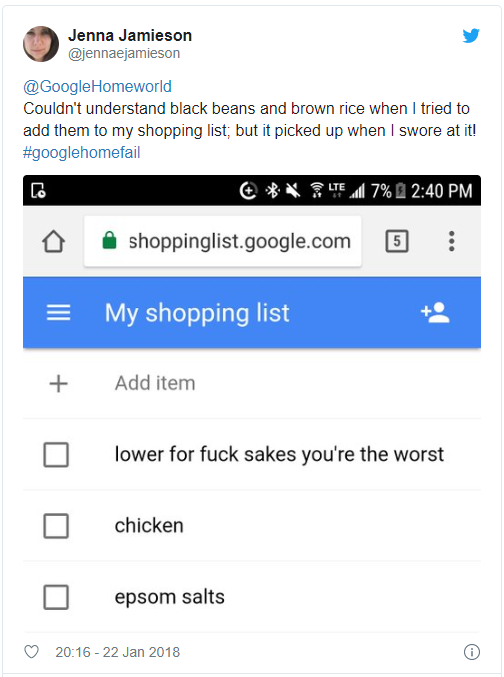 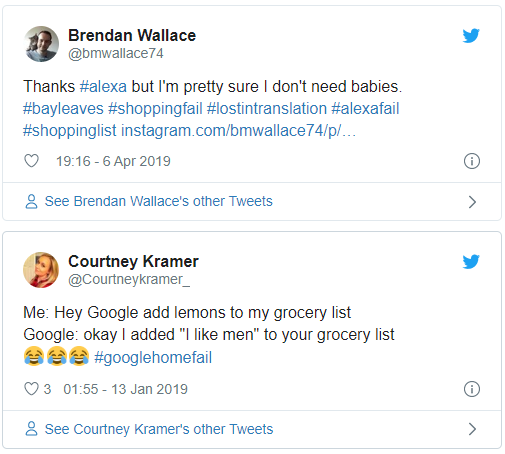 Voice recognition software has come a long way, with Google claiming to have achieved 95% word accuracy and reduced errors in speech recognition by 29%. But, overall, it's still far from being perfect.

Voice recognition needs to be 99% reliable if it's ever going to overtake screen-based search.

Is Voice the Future of Search?

There have been many outlandish predictions about voice search over the past few years:

The fact is no one can predict the future with any accuracy. If you'd told us 20 years ago we'd one day be telling machines to turn up our heating and lock the back door, we wouldn't have believed you – yet here we are.

What we can say for certain, however, is that so long as the technology and voice recognition software continue to improve, voice search will one day be as common as searching on a screen.

Is your business prepared for this eventuality?

Try out voice search on our demo site and talk to Site Search 360 today about where a powerful on-site search engine can take you.

On the hunt for better search?

Test Site Search 360 for your domain and take a free trial to see for yourself how effortless excellent site search can be.

Yeah! Your free trial is ready.

Please tell us which email we should send the login credentials to.

The site could not be found / indexed.